Fast & Furious films have always been truly for the people. They were never critics’ favorites, but audiences remained loyal to the franchise. That’s why the death of Paul Walker hit fans so hard.

Many wondered how Universal would handle the loss of its star and were skeptical when it decided to release the movie using his brothers as stand-ins. But, by most accounts, Fast 7 not only works but works well, pulling off a moving goodbye to Walker without sacrificing any of the physics-defying stunts the franchise is known for.

That’s a testament to the cast and crew of the movie, as well as to the power of a great action flick.

How fans feel about Fast & Furious, in numbers:

That has led to a whole lot of internet outrage, which, as we all know, isn’t exactly an uncommon thing. Plenty of people —especially—comics push the limits of good taste on social media. And offensiveness is just a part of comedy. But the anti-semitism and sexism in some of Noah’s tweets are kind of shocking.

Still, the calls for Comedy Central to fire him as Daily Show host seem a bit too much. For one, he clearly understands complex racial issues (look at his background), and, two, he may be unfamiliar (or at least before he rose to fame in America) with our standards of political correctness. The tweets aren’t funny and they certainly don’t make him look good, but I still have faith that he has changed. Why would Comedy Central have chosen him otherwise?

Judging from this Staance, it seems like most people are giving him the benefit of the doubt, too. 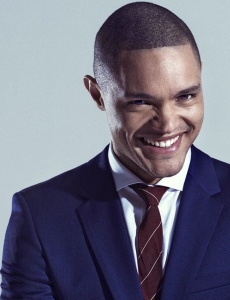 The first question I (and pretty much everyone else) asked when I heard Trevor Noah is replacing Jon Stewart was: “Who?”

The young (he’s 31), relatively unknown (in America, at least) South African comedian seems like an unlikely choice at first glance, but as soon as you watch him perform, you kind of get it. Comedy Central is definitely taking a risk, but it’s one that will likely pay off with millennial audiences.

A young, mixed-race, exceptionally handsome foreigner stands out from other late-night hosts, who are anything but. (The one Noah shares the most in common with is probably John Oliver, whose outsider status helps shape his commentary on America.) But what really makes Noah a great candidate is that his comedy is politically engaged. His focus on race and international issues poises him to put a unique but brand-aligned spin on Daily Show satire.

Watch some of his clips, and you’ll know what I mean. 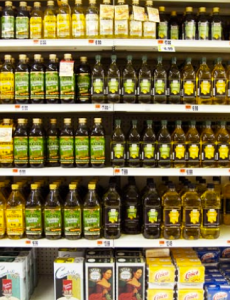 Today I went to buy some olive oil at my closest supermarket, which is a large regional chain that shall not be named. I went reluctantly, because I always have this nagging feeling that most of the items are suspect. But it was late, and I was hungry.

Once I got there, I remembered an article I’d read about how most of the olive oils sold to us are not, in fact, olive oil—or at least 100% olive oil. This is problematic for reasons beyond paying premiums for what is actually a much cheaper product; little is known about what’s mixed into these oils. A common filler is soybean oil, which is usually GMO and hormone disrupting. So, yeah, I was a little wary of Aisle 3. I started painstakingly Googling brands. The vast majority being sold at this grocery behemoth were said to be compromised in tests. The woman next to me seemed perplexed, too. After a bit of discussion, we both chose a bottle that seemed more legitimate (slightly higher priced, marketing text about harvests) than the others. But neither of us were entirely satisfied with our choice.

My olive oil is probably fine, but I couldn’t help but think: THIS SHOULDN’T HAVE TO BE A CONCERN IN AMERICAN SUPERMARKETS IN 2015! How has the FDA not done something about this? How are our supermarkets allowed to continue selling us dangerous crap? And what other common food products are compromised?

I’m not the only angry one, since 75% of Staancers agreed with the assertion that mass-produced foods are killing us. More and more of us are becoming aware of the dangers in our foodstuffs, but how long will it take for our lawmakers to stop listening to lobbyists and start listening to us? I feel pretty defeated about the whole thing. I’m optimistic that change will come, but not until it’s too late for my generation.

The biggest news today (if you judge news by Twitter trends) is that Zayn Malik has left One Direction. This comes days after he abruptly exited the group’s tour, vaguely citing stress as the reason. There’s been rumors of cheating and disagreements with other members, but it’s also just likely that Zayn had had enough of this:

Since he is, in the estimation of this Staance employee, 1D’s hottest member, this is a serious (re: not at all serious) loss. But it may actually be the beginning of the end for the band. Right now, the feeling is pretty pessimistic. 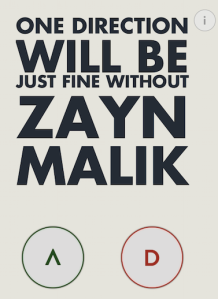 Chris Borland, star 49ers rookie, quit football earlier this week. Why? Because he didn’t feel like it was a safe sport.

He’s not the first player to leave amid fears of concussions and neurological damage, but he certainly is the most high profile. And we think he made a smart move.

Staance host Ryan Allison wrote that Borland’s departure should be a wakeup call for the NFL, and the vast majority of people agreed. 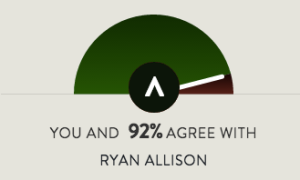 After a while, it becomes hard to ignore the evidence that suggests, shockingly enough, a game in which you regularly tackle and are tackled is damaging. The game may be an American tradition, but tradition for tradition’s sake doesn’t always make sense. And, looking at our stats, it seems like real football fans agree.

Do you think football is safe? Let us know here: staance.com/tag/nfl/21065

We imagine Starbucks’ social media team is doing some soul-searching right about now. In a noble but perhaps naive attempt to encourage conversations on race, the ubiquitous coffee company started #RaceTogether, a project in which baristas would write that phrase on a cup whenever they felt like having a discussion with a customer on the topic.

Unsurprisingly, people were skeptical about Starbucks’ belief that it could change racism in America while preparing our extra-foam, soy, nonfat, three-pumps syrup macchiatos. And the initiative was skewered on social media.

Staance users Stephen L. and Danielle B. said they appreciate the company’s efforts but doubted how effective they would be.

But their mild support didn’t change most users’ minds. 78% say Starbucks should stay out of race issues and 88% said #RaceTogether wouldn’t change racism.

Want in on the debate? Take a staance here.